Loved this in the comments: ( @Uchijini , we should order you one!)

He hit the nail on the head, by the time they’ve fixed the game, it’s become end of life.

Last night was the proverbial '‘it’ for me. I couldn’t take it anymore. Kept on freezing for two to three seconds which caused all sorts of anger & deaths. Sometimes one has just had enough. I apologize for my quick exit from the game & TS as it would be unfair to rant and rave into your guys ears about this stupid game! I’ve uninstalled BF4. I’ve got plenty of other games to play with geeks. Since playing ESO & SE I’ve become far more relaxed and not so stressed, I’ve enjoyed it immensely. I refuse to put up with BF4’s

They’ve taken my money not much I can do about it except not purchase anymore games/software from EA.

I’m with you. While I wasn’t having performance issues, it’s really stupid things that piss me off about this broken game. Like you can’t run up certain little edges like pavements, you have to jump over them. Counter-knifing works when it wants to and not when it prompts you. From your perspective, someone knifes you from the front, meanwhile from his perspective he’s behind you, so you don’t get a counter-knife option - not that it is reliable in any way. Many stupid frustrating things.

There are still some fun aspects, but I think the frustrations out-weigh the fun factor. It also seems like they’re not bothering to fix the issues, they’d rather steamroll new content to try distract you from the issues.

Well… they really broke it now. I cant even get the damn thing to launch. Using any browser. You clicky “Join Server” and hang around like an idiot for 15 minutes waiting for something to happen, it was taking so long to load before that you couldn’t really be sure that anything was happening except for the actual game launching a window. Now that stopped happening and, bless my gullible socks, I thought “What new diabolical patch is this?! That the game window doesn’t even launch!!” But no, after hanging around like a body at a train station waiting for a train that aint coming, I packed it in. I’m going to wander off and find something else to do. EA has wasted enough of my time.

This used to happen to me a while back and I couldn’t for the life of me figure out what was wrong. Then I realised that the game had updated and my graphics card drivers had updated but I still only had the previous driver loaded, and Windows was very kindly giving me a pop-up alert UNDER my browser saying I should update my graphics driver to the latest version.

And all the while I thought I was actually ‘Joining Server’. Windows alerts put the brakes on that apparently until you clicky them away

@ TG That’s a laugh, thanks for showing me the light side. I often wonder about how some of the rubbish that software companies expect us to put up with would work out if you were working with a physical item. The comparison between licensing systems (Microsoft comes to mind) and a car for example. You buy a car. No wait, sorry, you buy the life time right to drive a car. Non transferable of course. Hold on you want your wife to drive the car as well, in that case you will have to buy an additional user license. By the way, were you expecting the whole driver experience? Silly of you really, wheels are extra, steering wheel included. And you start out with the tiny engine, really tiny. Well actually the monster turbo engine is in there. Remember you got to use it for the first 7 days. But it needs a key. Different to the one we gave you when you bought your car.
You want to use your car to drive long distance. Extra.
You want to lend your car to your friend. EXTRA!
You want a tow bar to add things on like say a caravan, or a trailer. Well of course EXTRA duh! But the tow bar attachment is proprietary, which means you can only attach caravans, trailers and bike racks made by us. Yes, even if they are rubbish.

@ Steven, that’s not the problem here I don’t think, although I will look at the driver side of things. If I minimize the browser I get to look at my desktop. Bright, cluttered, and totally Battlefield free. No sign of anything happening anywhere. Not even in the background. To have a background, you have to have a foreground, and I don’t have that.

The game is loading. If, after waiting for ages,I pull up Windows task manager I get to kill the process. That is all the killing I get to do. And its the only indication that the link between the browser based front end and the game actually is doing anything.

Have you attempted ‘repairing’ the game?
And then remember to View Game Details, and repair each of the expansions too.

(This doesn’t fix the XX expansion is not installed error btw).

Have you had a look at a modern luxury car lately? Many of them come with all the features already built in, but deactivated until you pay the license to have them activated… 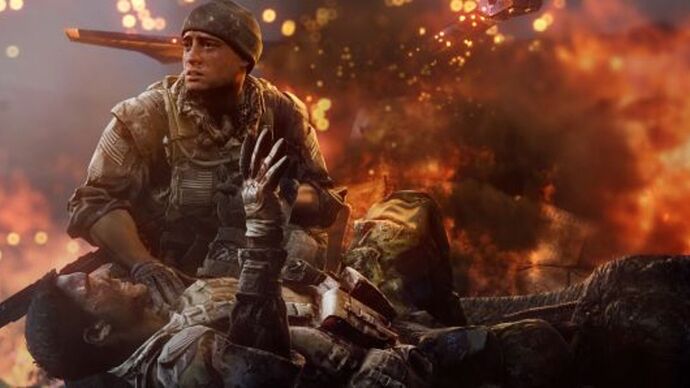 Somewhere beneath all of Battlefield 4's glitches, server woes, and ceaseless controversy lies a very good game. Even b…

Yep - I saw that when I looked at Origin 2 days ago - absolutely amazing !!! - they must be desperate to make (more) money … 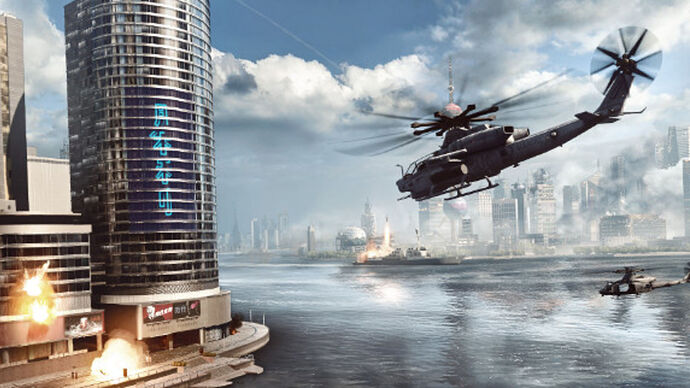 "Lag!" you cry as the bullet zooops down your scope and through your virtual face. "Laaaaaag!" You're awful and everyon…

I gave up playing March5 and after the “netcode” update and after the last 3 days playing I can feel a big improvement.
It’s still a bit buggy…