Thanks to Flea I got to play Arma3 exile on his locked (protected) server. Cold, rainy Altis. I was happy there. Dukey and I were happy there. We roared around the Islands in our Prowler assault vehicles. Sped through the air like giant dragon flies in our Taru hoisting helis. We took on curiously rhyming rescue missions. beer from bandits, drugs from deranged doctors and stole stolen cars. We were happy (but freezing and wet). We crashed, smashed, “rekt” and ruined many sets of gear, spent hours running in our orange long johns from the random far off spawn points back to trading zones to buy more stuff but we were rich enough to replace those toys many times over, poptabs in every vehicle, box and safe. Thousands of poptabs and not a hell of a lot to do so we built bases and experimented with all the weapons until be had run out of ideas for new combinations and permutations.

Then Flea, we will call him Fleastard for this part only, rocked our world. He put an earthquake down right on our base stuffed to the brim with helis and vehicles. Dukey was miffed. Fleastard spaced the quakes about 20 minutes apart with sprinkles of gendarmes. One day after the fifth or sixth quake while I was running around fixing my machines with the many rolls of duct tape I now carried I had a thought. I thought I should leave this ant farm and try another. Maybe one with more ants.

My new playground is warmer than the old, it has other ants and even dead ants (zombies). No more sneaky death by freezing, hello creepy dead people. I lured Dukey there too even though he hates the creepy zombies. We’ve found a way to stash stuff without building a fort and can remain undetected. This is necessary because they will steal everything including your flag. We need to get them.

Yep, there is definite pvp action on this map and one can’t just run to the store and replace your stuff, the map is very big. You cannot do a mission unless you have serious back up because they lie in wait for their fellow man (or ants) and will not let you make off with your phat loot. At first it was annoying but now I’m doggedly aiming to make life difficult for the swines. It’s a fun challenge.

Yes I am quite keen to get some of my own back. Are any of you keen? You should be, it’s worth a giggle! You need to get the exhile update and pop it in the appropriate steam apps folder. Get A3 launcher to auto update your mods to match the server. We’re on a SA exhile server. Spawn at Moddergat South Eastern Island, don’t forget to open your parachute or you’ll die. Don’t glide into the trees, you’ll die. Flare before you land or you’ll die because you landed too fast. The map restarts every 2-3 hours. There are warnings on the screen and a handy hud count down timer at the bottom.

Help me get revenge when I get back from Mozambique next week. Don’t sneak up on Dukey, he’s touchy. Actually don’t contact Dukey I will intercede on your behalf. By now he will be very well established and able to help people he likes. So only me but I will intercede on your behalf. If you want to live in the bush around Moddergat for now, go ahead. Keep any tents that you find, you’ll need them. Really though. Cool stuff spawns in the big house. Cool stuff on Zombies in the infected city zones. Villages not so much.

It’s always daylight on the server because the ninnies vote away the dark every time. There’s no long range sniping, it’s a jungle out there. 300m average. Dukey and I have become quite good at dong the missions at close range. We’re keen to go and do some base raiding once we figure out how (and where). It will be easier with added geeks.

I close with a beautiful picture of the tropical paradise that is Tanoa to lure you in. 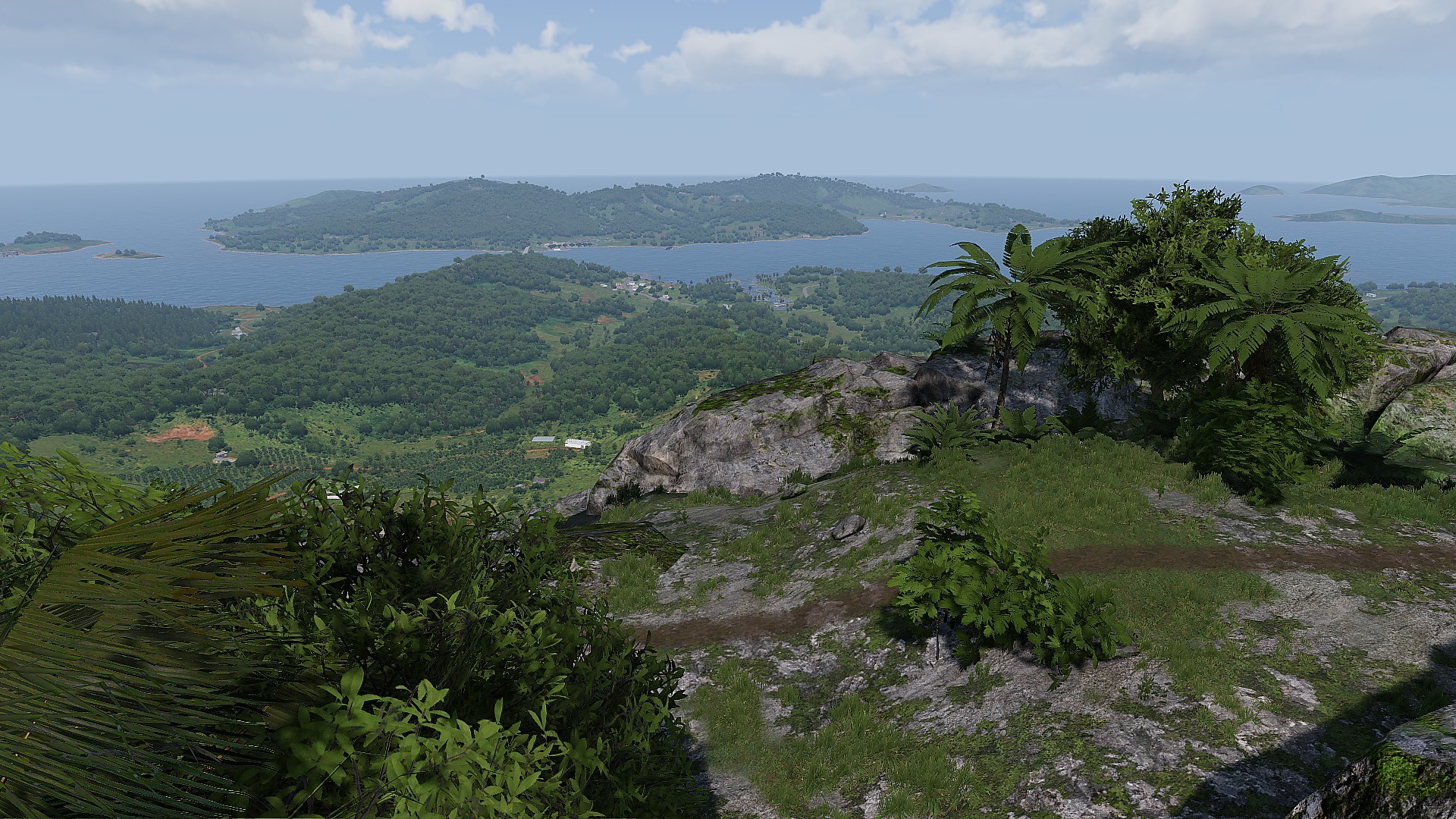 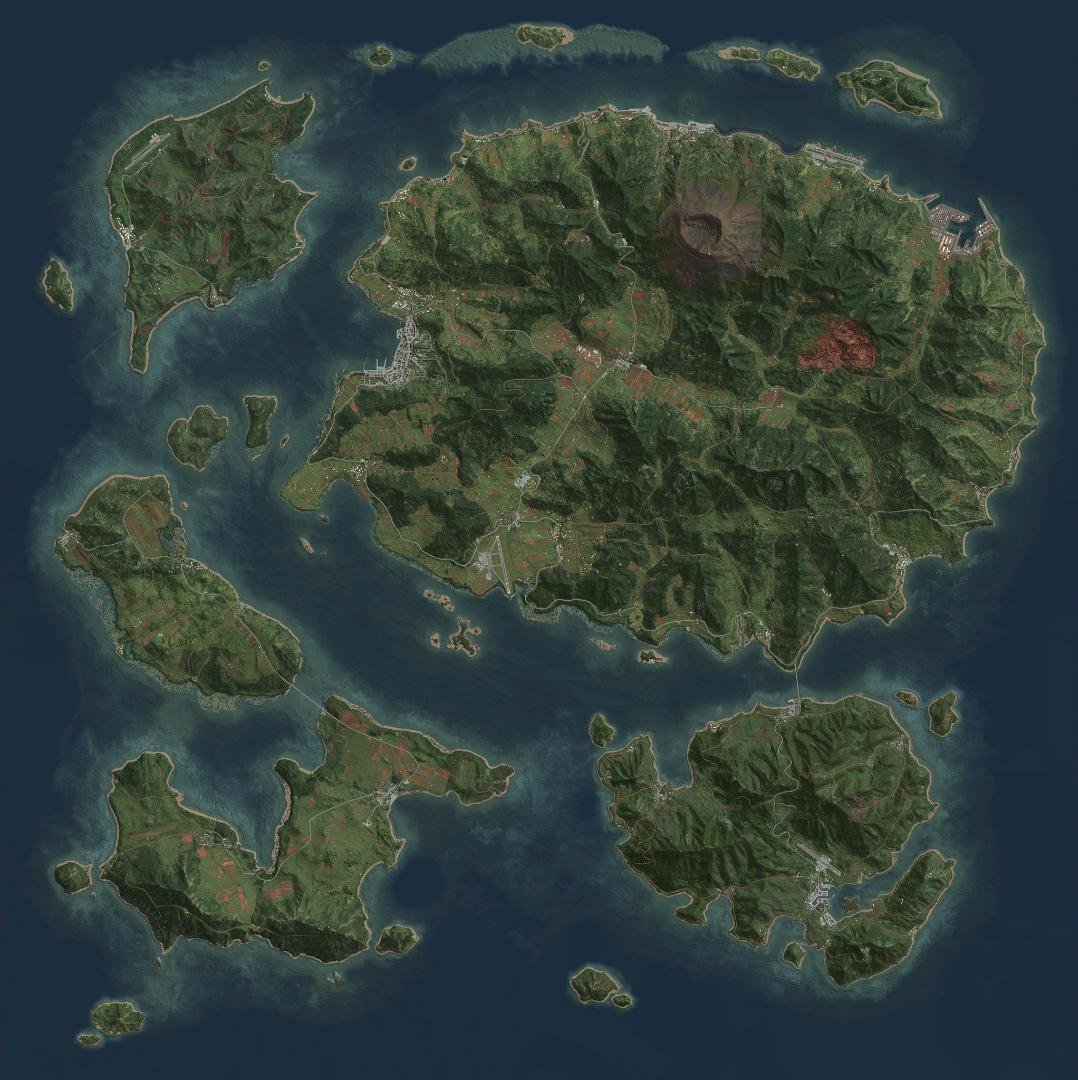 How to use the mod. Terrible video. Skip the first 2 minutes. You know how to download and install things.

I will be there

ROFL I love you short stories

I’m quite keen. You still playing?

I too am awaiting a Steam Sale. I’ll tag you if I see it first

They play all. the. time. I visit (in my physical form) and they play while I have tea with my ma as she is the only one immune to the Arma.
A lot of conversations revolve around zombies and trading posts. Randomly, in the middle of a ‘normal life’ conversation. I have to sit and think - is this real or are they talking about the game. Then they mention zombies and well…

Do i have to have apex? It’s currently R300 vanilla and i’d really like to avoid paying more

Tanoa (the map) is part of Apex.

I got the vanilla.