I’ve been in now for an hour.

It’s almost a copy/paste of the new simcity but with simcity 2000 features like a huge map, water pipes, power lines etc. Also a highway connection to a square zone. You can expand by purchasing more land (city limits)

Graphics wise nothing to write home about but decent enough.

Building mechanics: Excellent. You can build high roads, low roads just by using the pgup & pgdwn keys to adjust the height of the road. (oh and you can set traffic direction, with one way’s, roundabouts, highways, LEFT HAND traffic. etc.)

Zoning: you have a zone paintbrush, think of it like the photoshop paint brush, same thing. You have a low density zone & a high density zone tool of the three zones (RCI)

Animations and people: Very detailed, you can see where they park their cars, where they work, etc. The social system looks very in depth. People walking dogs, kids skating etc

One thing that annoys me, is the “chirp feed” (just like twitter) every time you put down a building or something SOME blooming citizen has something to chirp (tweet) about it

which makes a small beep noise. The noise is what bugs me.

In a nutshell so far, it’s simcity but with far more depth. Multiplayer would be a nice option but it’s only single player with steam workshop mods available. Who knows we might see an MP patch.

You can bind just about thing to anywhere too

I’m going to lose a few days in this game

I found a workshop mod which kills chirpy! 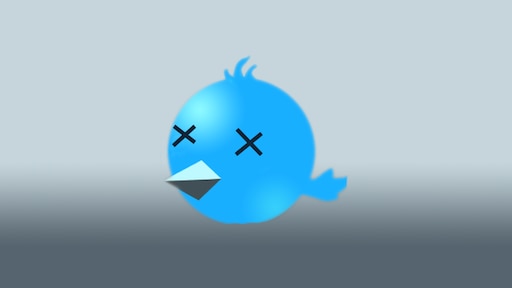 here’s a good example of just how crazy you can go: 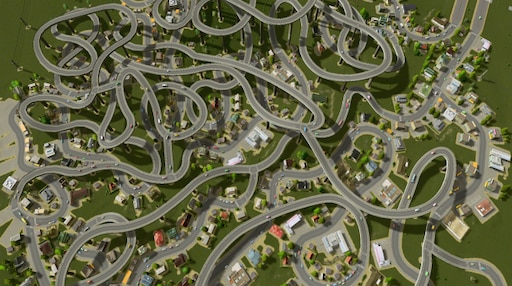 Do you buy all your games using Kinguin? It’s all legit?

So far i’ve bought two. Both were fine. Just buy the worldwide ones. It’s perfectly legit.

Think of kinguin as bidorbuy.co.za & amazon & ebay same concept. A whole bunch of sellers on one website. They do have protections in place.

I’ve bought a few kinguin items. Just make sure the seller has a good rating and quite a few positive votes. For steam games, ensure it’s not a steam gift (the item will usually tell you somewhere), and that a vpn is not required. Also keep the buyer protection, it’s usually just a few cents. The nice thing is that when you purchase stuff, you get points back (I think they refer to them as a monetary value, a few cents), which you can then spend on your next purchase.

From what I’ve seen, it’s usually Russian steam items (and the related eastern bloc countries) that are region locked. Anything outside of the eastern bloc should be safe to purchase.

Cool, thanks guys. I might use it to get Skylines for us both. I will bounce the idea @Souper

Cities: Skylines has sold 250,000 copies in the 24 hours since launch, including preorders as day one sales. That’s more than any other Paradox game in the same period – Europa Universalis IV surpassed 300,000 sales around six months after release – and around a quarter of SimCity 2013’s first fortnight of sales. 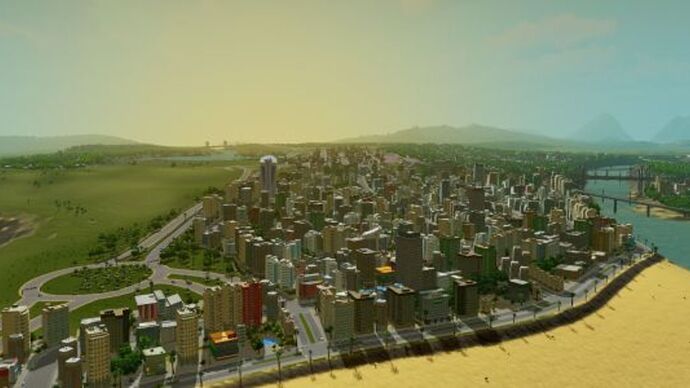 Cities: Skylines [official site] has sold 250,000 copies in the 24 hours since launch, including preorders as day one s… 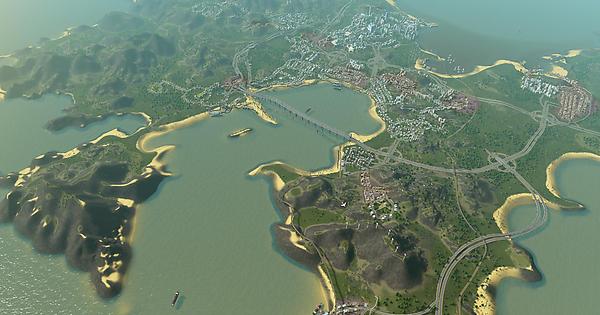 Greetings Chirpies! Colossal Order have been hard at work and we're now ready to release the first post-launch patch for Cities: Skylines. The main theme of this patch, as you can see, is bug fixing! We have isolated and eliminated a large part of...

Colossal Order have been hard at work and we’re now ready to release the first post-launch patch for Cities: Skylines. The main theme of this patch, as you can see, is bug fixing!

We have isolated and eliminated a large part of the most pressing technical issues, meaning this should get the game working for many who haven’t been able to play before.

As we’re rolling out the update via Steam, it might take up to two hours, or so, for it to go live everywhere. Please restart your Steam client or Verify the game cache if the game does not automatically download the patch.

You can see which version number you’re running in the lower right corner of the main menu, if you’re not sure that you’ve gotten it.

Windows: dependencies to the visual studio runtime have been removed. Addresses the issue where ColossalNative.dll would fail to load for users missing/having wrong msvcrt dlls.
Windows/OSX: fixed an issue where some users would not have permissions to access an user folder

Linux: fixed some cases where the first time launch would show the game half way out of the screen on dual monitors
Linux: various runtime optimizations
Linux: hopefully fixed the performance problems and the log spam, we were unable to reproduce that issue so this is a bit of a blindfolded fix
Linux: added support for $XDG_DATA_HOME. If you are using a custom path for XDG and already played the game on that machine, you will need to manually move the user files from the default folder ~/.local/share/Colossal Order/Cities_Skylines to $XDG_DATA_HOME/Colossal Order/Cities_Skylines

Mac/Linux: fixed a crash when selecting a building in the Asset importer

All platforms: added some debug info which may be useful when trying to help users in trouble.
All platforms: added support for -screen-height & -screen-width and lowered severity of argument error unsupported launch options so they would cause the new game button to be greyed.

Modding API: fixed OnCalculateResidentialDemand, OnCalculateCommercialDemand and OnCalculateWorkplaceDemand to call their respective counterpart properly. Also fixed for office buildings calling industrial level up.
Nerfed parks decreasing commercial demand
Noad upgrade tool now works between two-way and one-way roads and right mouse-button changes direction of one-way roads
Building effect radius is more accurate
Added a Film grain slider in the Graphics options, like for the Tilt shift. (Users with the Disable Film Grain mod subscribed from Steam workshop and enabled will be notified with a “Console warning” when the game start and the game will automatically disable the mod and set the film grain amount to 0 so that no action from users is required apart from closing the Console panel).
Added a chirper volume slider in the Audio options
Intro screen can now be skipped with mouse click or key press.
Fixed a case where an error would occur if the Source folder was not found while sharing a Mod to the workshop
Fixed Publish workshop panel caption to not always show Savegame regardless which asset type was selected
Removed the clicking sounds that could be heard on a quiet night during full moon and near the end of the loading screen
Buildings uploaded to the workshop will now go to their respective tags automatically. (Buildings already on the workshop will not, we are currently investigating how to make it happen without users having to do anything about it)

Please note: if your specific issue has not been fixed, it’s on our to-do list. Do not worry!

Huge thanks to everyone who has contributed to bug researching, reporting and helping us

you still enjoying it @InsanityFlea??

Any more gripes or high-fives?

Loving it! High-fives all the way

Got to love Kinguin. Found the key nice and cheap. Used the “Euro” balance on my account, some E0.39 to drop the price even more. Googled a coupon code, and took an additional 3% off. Helps to offset the additional ~0.38 paypal surcharge.

For some reason, the kinguin system automatically put the order “on hold”, so I hopped on live chat, and they released the keys 2 mins later.

So far I’ve had positive experiences using them.