I set out to run an Xubuntu desktop, but I also want windows to play games. So instead of dual booting which is annoying, i used the gpu-passthrough method which allows the windows VM direct access to the GPU so it can run games with ease.

There are more tweaks you can do other than whats listed below, like dedicated ram (using hugepages) or a dedicated hard drive or ssd for the windows vm which will increase it’s performance.

If you’ve done this correctly, when you start the VM, the second monitor attached to the dedicated GPU will come to life with your VM.

Thx Flea, i will be buggin you soon

Quite keen to try this weekend.
I recently formatted again and went for a dual boot Ubuntu Mate and Windows.

As a useless sidenote:
Had some issues after installing the new 17.04 as they have now given 2 options for swap file.
On the default now the swap file does not have a seperate partition and when enabling encryption on install causes a 3-5min boot time. Just changing /etc/crypttab to cryptswap1 /swapfile /dev/urandom swap,offset=1024,cipher=aes-xts-plain64 fixed it.

Another user experience on the above: 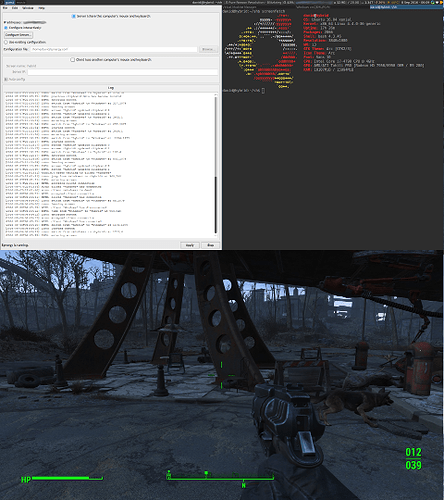 For a long time, I’ve been trying to figure out just how to get the best of both worlds in terms of running Windows and Ubuntu1 on my desktop PC. I’ve tried the obvious options: I dual-booted Windows and Ubuntu on my laptop for most of my university...

@teejo brought up a valid point in the whatsapp group.

Some possible solutions: (i’ll investigate this some more)
Script it to unblacklist the gpu then reboot. (what a pain)
Maybe the game runs on the intel gpu ?
Setup another vm but linux based tied to the dedicated gpu.
Have two dedicated gpu’s in your system, one for linux another for windows.

The K series processors from intel DO NOT HAVE VT-D technology (allowing pci-passthough), it was removed from a hardware level as VT-D is unstable under overclocking.

After some extensive testing, “Ubuntu 16.04.2 LTS” requires the least amount of fiddling (also no noticeable bugs) and works VERY well. Xubuntu required a lot of tweaking and messing about to get the VM running decently.

I want to pass through only certain usb devices, the VM setup: 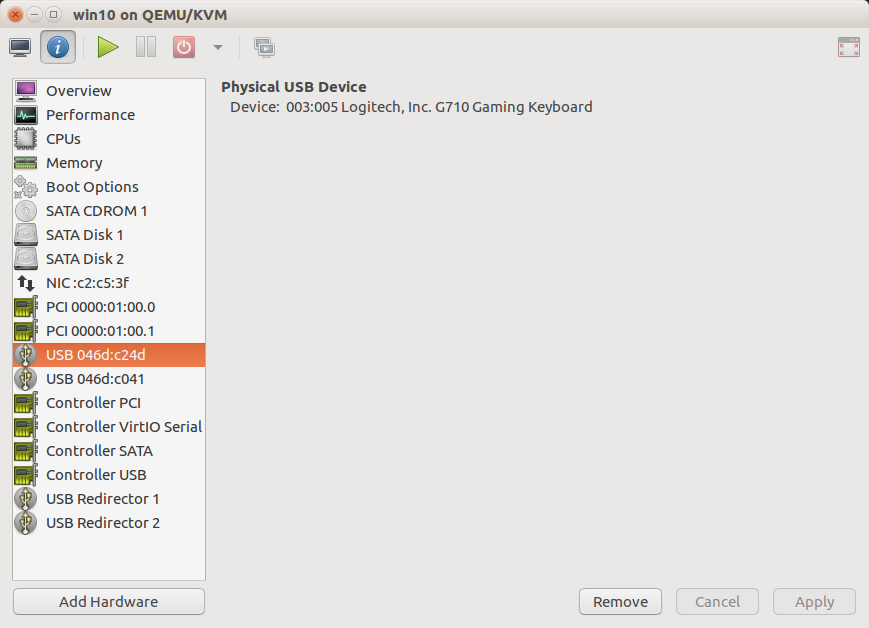 Note: apparmor blocks this, you have to stop apparmor 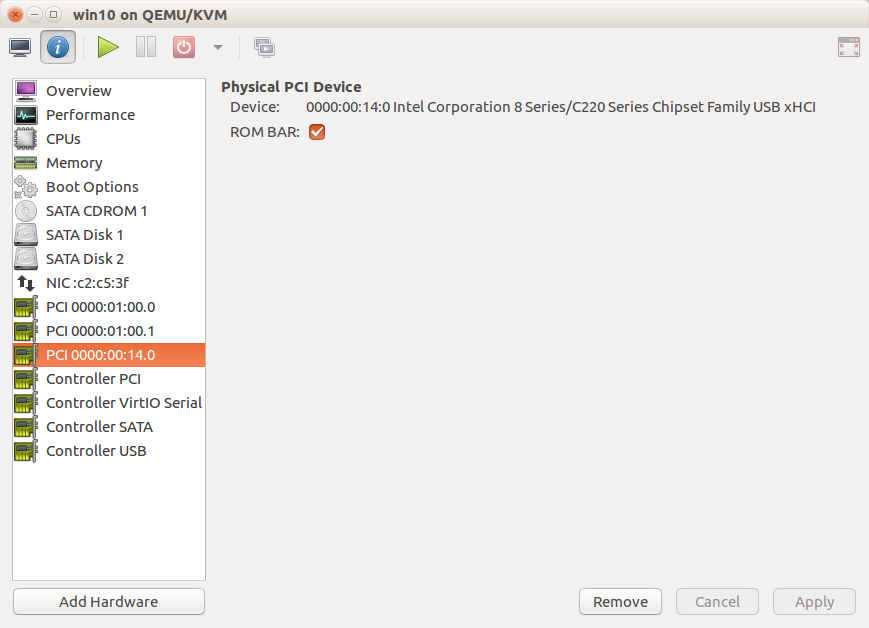 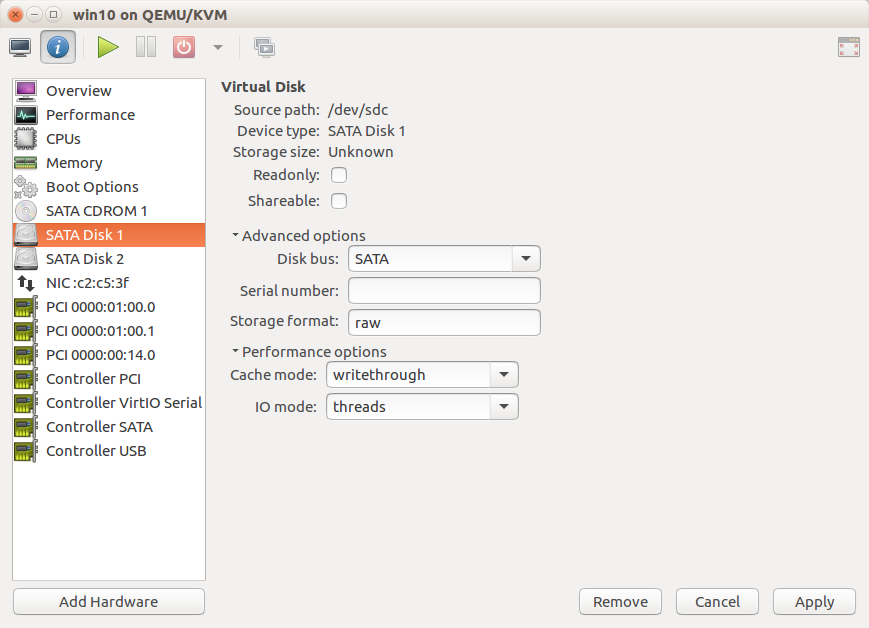 Lutris contains a big library of games. This library has custom scripts to allow Windows games to run on Linux. Simply go to the website, search for a game, click install. It will open your Lutris app, download the required scripts and runners and install the game for you. Once the game is installed you can just run it from Lutris.

Install Ukuu and run the latest kernel if you have an AMD card, Nvidia users just get the latest Unix driver from Nvidia’s website. https://github.com/teejee2008/ukuu

On the laptop, I had to just click on one checkbox for them to run (the laptop has hybrid graphics) 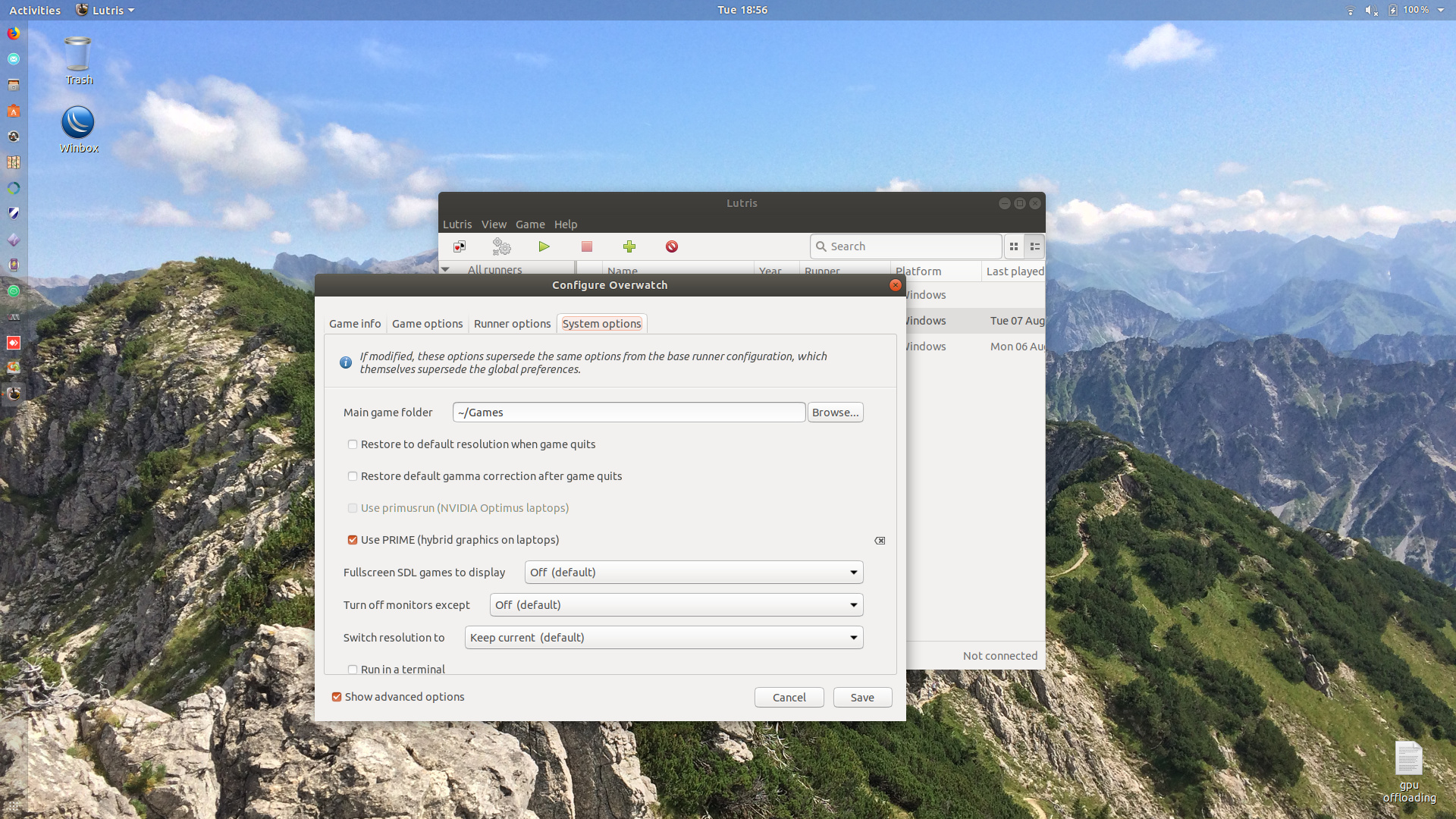 How does it deal with anti cheat systems like punkbuster? Don’t they throw a shit fit? 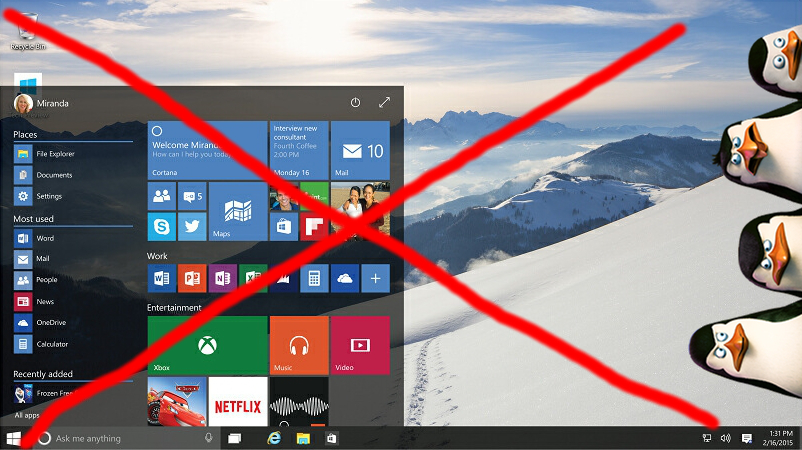 DXVK, and finally getting off the Windows 10 train

Regular readers of NAG will know about my doomed-from-the-start forays into running Linux. I've done the switch several times in the past. I tried running Manjaro once, but there were issues with my USB 3.0 ports on my older motherboard at the time....

If you play games that use Punkbuster or BattlEye which do not run natively on Linux you have two options, either run a VM with passthrough or run a Windows Desktop.

Arma 3 which uses BattlEye runs natively via Steam for Linux.