Gigabyte does it again

Well, my 1st ever gigabyte card, the fans failed after two years, my 2nd card after one year. Low and behold this is my 3rd gigabyte card and the fans have just failed now after four years. I never ordered a gigabyte card, I originally ordered an MSI R9 290 but the suppliers stated that my card was damaged in transit and they opted to replace it with a gigabyte. At that time there was a shortage of R9 290 at R5500, so I accepted. Sigh. Off to go find some replacement fans now.

This is my old 7950 Gigabyte, replaced with zalman fans, those fans are still running perfectly to this day. 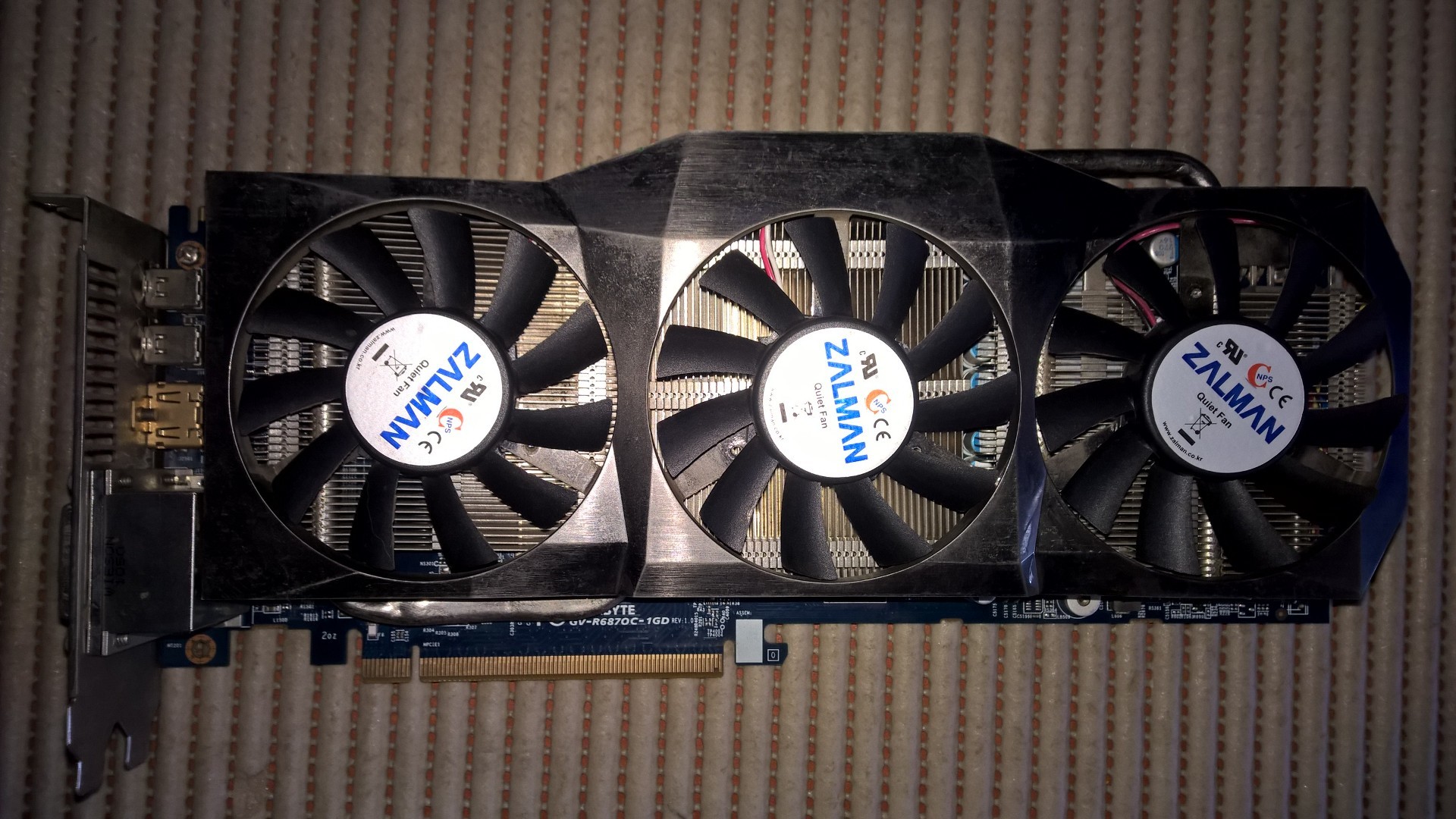 I am no longer a fan (heh) of gigabyte. Their hardware can be pretty good, but the failure rate (to me) is very high. I’ve also been victim of their hardware failing too early. I’ve been bitten badly by one of their motherboards, a keyboard (osmium), and fans on graphic cards.