I see the Commercial version available for pre-order at a much higher than anticipated price of $599 excl tax and shipping. If you order now it will ship about June. 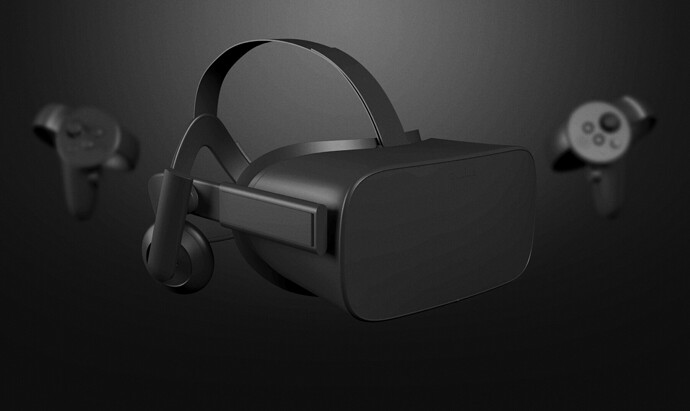 Rift is no longer available. Check out the Quest 2 headset instead, our most advanced all-in-one VR system yet. Our VR headsets redefine digital gaming & entertainment.

The specs look pretty good can’t wait to try one, so who has a cool R11K lying around, (Thanks again Mr Zuma).
This headset works with 2160 x 1200 resolution - that’s one resolution over two OLED displays, 90Hz refresh rate.

yup, with minimum spec and bundle kit at $1499 http://www.guru3d.com/news-story/oculus-rift-for-consumers-to-cost-699-eur-599-usd.html

Is your PC Oculus Ready? For the full Rift experience, we recommend the following PC system:

(It’s a parody account, but it does ring true) 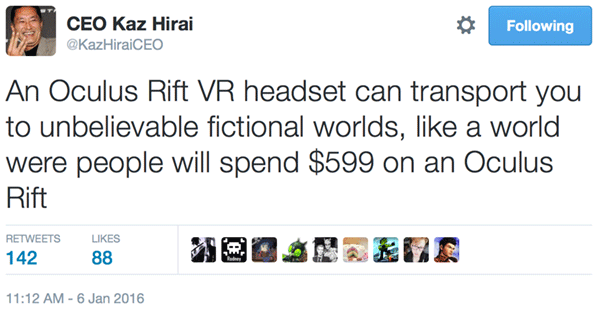 Sigh. At the current exchange rate, all these things are but dreams that will not come true.

If the HTC Vibe can come in under that price, it will become the defacto standard.

At the Virtual Reality exhibit in LA Nvidia is showing a prototype of
their vr-glasses in development based on lightfield technology. The
company is working together with Stanford university on this project.
The glasses make it possible to focus based on any angle in the
displayed field.
Not a lot of information is available on the glasses other then a few
photos have surfaced. The collaboration with Stanford university is
pretty unique though and the project seems to be called ‘Light Field Stereoscope’ at the university .

The VR glasses should enable users to focus in a scene in a
natural manner, so if you look close-by the imagery gets sharp, but if
you look into the distance, that’ll focus as well. The glasses make use
of two layers of LCDs to create depth combined with a stereoscopic
technology to project imagery to each individual eye. The result would
be that the images are not flat, deducting the load on your eyes, but
likely also reduces motion sickness

Apparently the HTC Vibe is $799 and ships in April.

You can run this (Steam Link) to see if your machine is VR ready.

The link probably won’t work, I think discourse breaks it, so here it is in raw.

I think unless the prices of these VR devices come down drastically, this is just going to be another gimmick, like 3D that is going to be pushed hard for a while, and then fades in to obscurity. 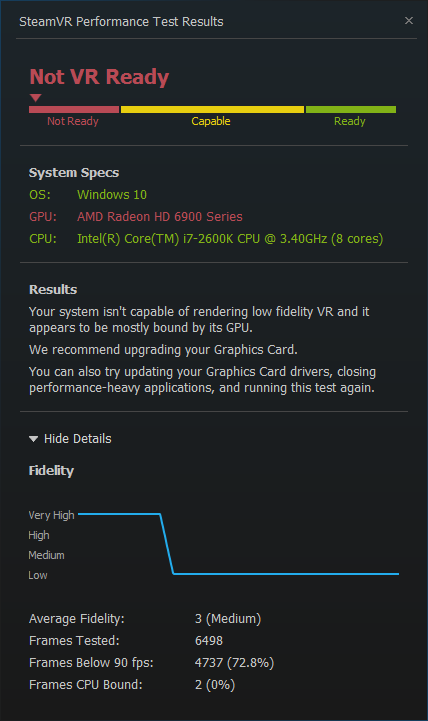 Oculus Founder: Rift will come to Mac if Apple “ever releases a good computer” 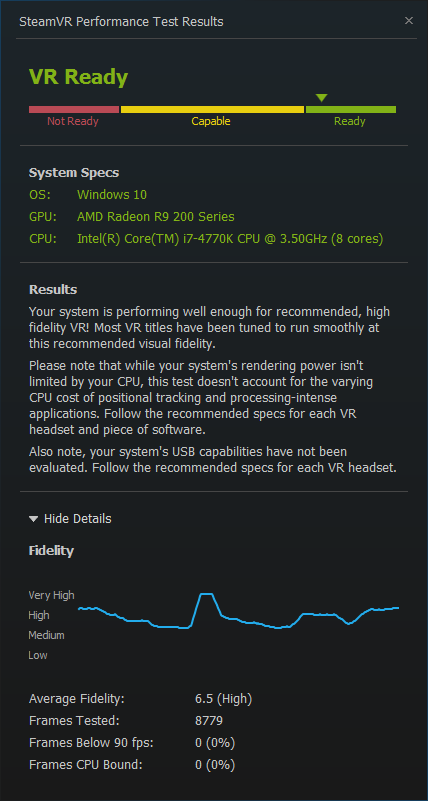 So has anyone gone anywhere with getting VR?

Not to my knowledge.