There’s a new video out:

This looks awesome, but my problem with it is that it is going to be populated by douche bags, pretty much like EVE is. I get the idea that there are already quite a lot of douche bags that have pre-purchased it (going on reddit threads that I have seen).

Here’s hoping they can come up with a system to prevent douche baggery. As always the game might be brilliant but the players ruin it. Lots of online games suffered this fate.

This game looks really good , I always loved space fighting combat games , x-wing vs Tie Fighter , wind commander , privateer. TeeGee , I hope your wrong cause this game can be really awesome but as you said , I can see a lot of gankers in this game … I hope the space area is really Big so it’s hard to find you

Well I signed up for the game , Busy downloading it . it’s only alpha testing time and you only get access to your hanger. I found this and it made me want to get it . 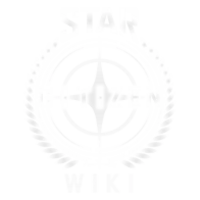 During the development of the game it is only required to purchase ("pledge") a "game package" or any other higher tier package that contains a "Star Citizen digital download" to play the in-development (alpha version) Star Citizen Alpha universe,...

I’ve created an account so far, i’m pondering whether to pledge or not. Have you created an organization at all @eyeball?

Me and my buddy have pledged and will create a organization prob tonight .

Why not the $40 Aurora MR+? Only the ship differs (slightly)

just my choice that’s all

at the price its for me , after checking the specs the best starting option , best of both

My nick in Star Citizen is : Eye8all

@InsanityFlea any ideas for a good organization name ?

My nick is teegeeza. Busy downloading the hangar.

did you also take the 45 dolla package ?

Organization name ideas ? or is the @teejo gonna make one ?

I don’t think it really matters much who creates one, as long as it has an interesting name.

This better be awesome when it’s released, otherwise I’m going to give @InsanityFlea a swift kick in the nads.

The organisation can be one of several archetypes:

The archetype will help the system classify your organization.

PMC - What the heck is this?

Organization - Keep with the default nondescript type!
Corporation - A for-profit business entity.
PMC - Private Military Company, for organizations with a taste for combat.
Faith – Coming together for a single cause or under a single banner.
Syndicate – Operating on the edges (or outside) of the law.

Yeah, I just figured that one out.