Since we didn’t have a topic on its own to bash it, here it is.

Another nail in the coffin for SW:BF - apparently there will not be a server browser, rather a matchmaking system. Still no word on how this is intended to work, if you’ll even be able to play with your friends, or select the game modes etc that you want to play. Typically, a new “feature” idea is thrown out in to the wild with no details. 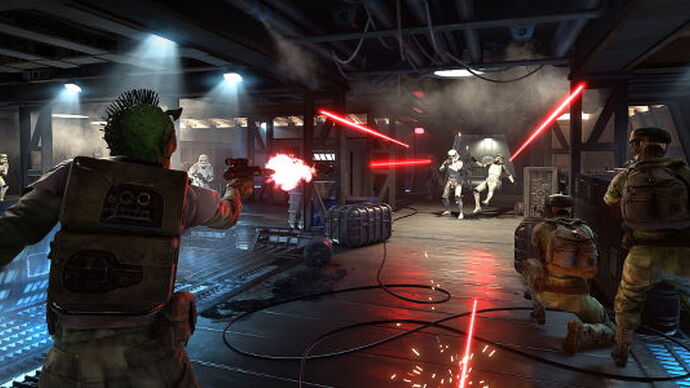 On the positive side, however, is that it apparently WON’T use battlelog!

They’re fishing again. They want to see the public’s reaction in my opinion. A lot of studios do this. It’s nice to know they want feedback even if they don’t listen to their customers, eh dice?

The mere fact of no single player campaign in one of the most sort after themes is just plain ridiculous. I’ll be honest say yes, it caught my attention but then I cast my thoughts back to bf4 and how dice screwed that up. I have my doubts and personally I want to see EA/Dice taken to the cleaners for the many hours of frustration they caused.

I suppose i’m longing for they days of “Knights of the Old Republic” Since EA is a part of Bioware, how came they chose dice to run with this one?

Edit: Erg, how could I forget about Mass Effect Andromedia, that’s also on my watch list.

I’m also keen on the MA series so Andromeda, when it finally lands, will be on my radar. Lets hope they don’t undo the good work they’ve done in this series. That would be a crying shame

Apparently there will be an offline solo mode.

So they were fishing to see the public’s reaction. There are better ways to do it than just make stupid statements and wait for the reactions.

Okay so I loaded it up and played it. Visually it is pretty cool even on my card it looks not bad. 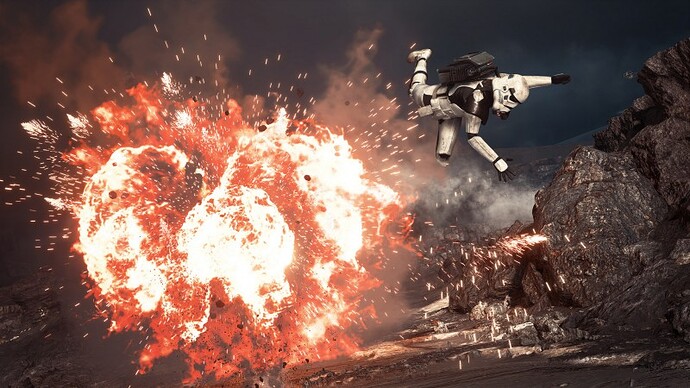 These Star Wars Battlefront screenshots are too good to believe

They currently hide\don’t show player ping which was normally very visible in BF titles
I already experienced LAG. Brings back such fond memories

Shoot, kill-kill-kill, die, re-spawn. Rinse and repeat. Not really the way i wanted to play S-W

Article from someone who kinda liked the game, on some parts I can agree with him…

Not sure what you mean… ?

heh, so EA screwed this one too. There’s a surprise.

Thanks for the info @iNgeon

Lube up, here it comes! 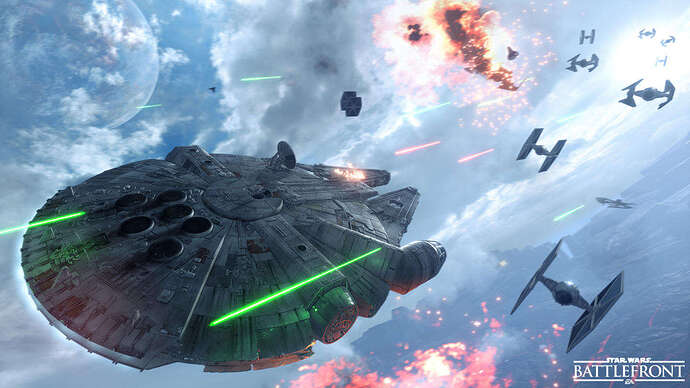 At least four DLC packs are on the way for DICE's take on Battlefront. 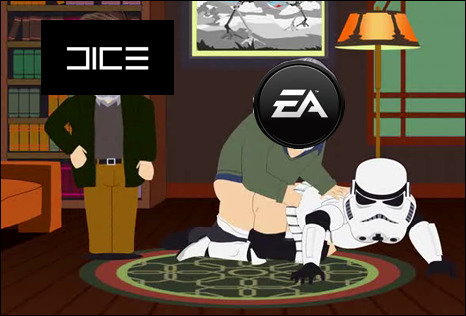 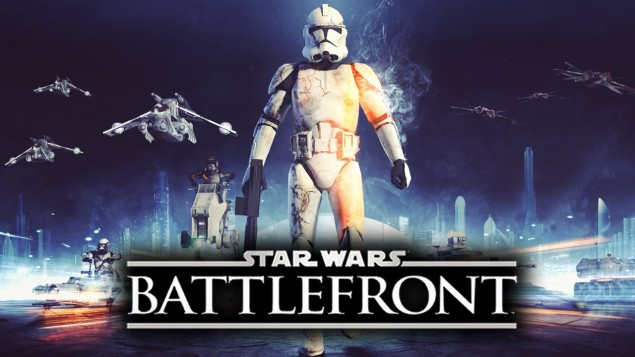 Check out some of the footage from the cancelled version of battlefront 3 from 2008:

I see that only eye8all and I bought Battlefront - I bought 2 copies - one for myself and one for Luke (my son, age 12) and we have been enjoying playing it.

It’s always interesting to see how the game plays after launch, when everyone inundates the servers, and so far it has been a good experience - no lagging/glitching, and everything working as one would expect… (games are max 40 players). As bloodprince mentioned above, the game has a party system and does nice stuff like joining both players into a game when one joins online. There are also missions that one can either do solo, or as co-op.

The game uses a card system for powerups, but also has the normal rank progression with unlocks as one goes along …

Anyway - for anyone looking to play a something with their kids that doesn’t have foul language in, but is a decent shooter, it is an option - so far a much better launch than BF3 and BF4 in my experience …

Sheep and I were saying that we might get a look in. Just need to run it by the bank manager aka the wife…

sigh, I can hear the whip sounds already

This is a picture of three Walkers and several Storm troopers advancing over a snowy battlefield. Iyamfinding the postrestricitons tedious.