So a few years ago my wife and I moved off to the south east Queensland countryside. Beautiful spot, peace and quiet, bit of a commute for me since I still work in tech and there are no jobs out here. But that’s become less of an issue since working from home has become a thing in tech. 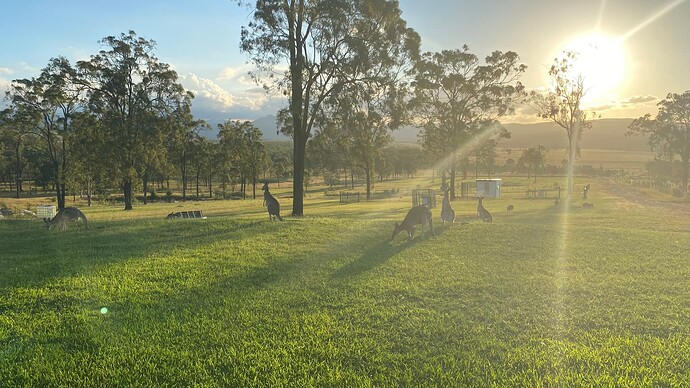 However, what has been an issue out here is - you probably guessed it from the topic title - is internet.

Thanks to a historic political act of bastardry, the details of which I am not going to elaborate here, our choice of internet service when we moved here was geostationary satellite, with huge latencies and low, hard data caps. We were supposed to get a different connection down the line - a 4G-based tech called fixed wireless (ask Teejo about it, he had it for a while before he built his house), but that got the can.

Since the satellite was absolutely unusable for remote work, at some point I leveraged the availability of big mobile data packages, and found a spot in my house that has more than one bar of reception. Put a 4G modem there, and that has sustained us for the few years, but with ever decreasing speeds and reliability. I did play Battlefield on this connection for a bit, the latency was good enough, but bandwidth became so poor that we could barely do two things at a time - sorry child, no video streaming while dad is working. In short, that too became unsustainable.

I’ve kept a wary eye on StarLink, hesitant to pull the trigger on it, for one because I don’t like toxic tech bros, but also because it’s very expensive. A$848 upfront (~ZAR9300), and A$139 monthly (~ZAR1530) is a significant expense for us. But with our 4G getting worse and worse, we decided to get in on it last year September. At that time we could only preorder because our area wasn’t being serviced yet.

In February I got the order confirmation, and a week later the hardware was at my local post office - in amongst the most severe weather event in South East Queensland in a decade. I had to wait a few days before the roads were clear so I could pick up the parcel. 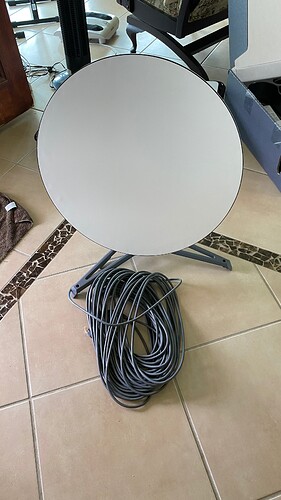 For a first test, I simply put the dish on its tripod and out onto the grass. Plugged everything in, waited ten minutes or so until the app said I was connected. Then did a first speed test, because what else do you do with a new internet connection? 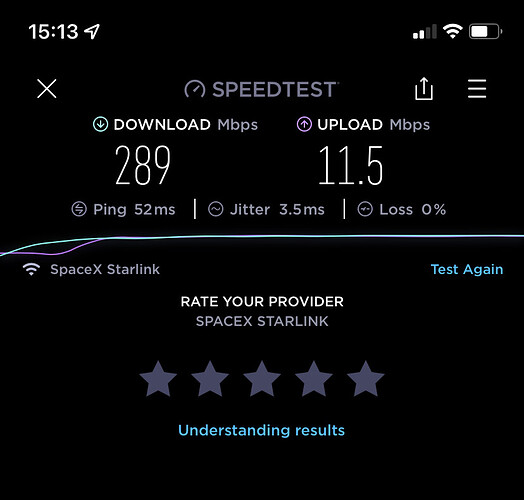 Okay, that’s pretty impressive. I left the dish where it was for a few days and hooked up all the internet-using devices, to put the service through its paces. Needed to see uptime and disruptions. That panned out well enough, so a few days later the dish went up on the roof. 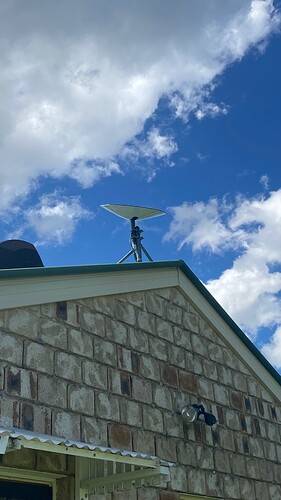 I’m still waiting for a kit to properly route the cable through the wall. But I’ve been on it for almost a month now, and it has worked very well. Predictably there were disruptions when heavy storms passed through, but other than that, the service has largely been stable and reliable for me. Speeds are inconsistent but fairly reliably above 100/10, my own record is 330 down and 33 up (from separate test). For someone who would have done anything for a stable 25Mbit connection, it’s great.

Happy to talk more about the tech and my experiences if someone is interested.

Thanks for sharing. Very interesting read. I’ve kept tabs on this venture of Elon because I’m curious how it plays out long term. How successfully the network is maintained.

Yes, it will be interesting to see how it works in the long run. At the moment they’re launching new satellites every few weeks, and the constellation is far from complete. They’re also opening up a lot more areas for service, to the point that users in more densely populated areas are complaining about congestion. I can’t say I have that problem, but it’s not to be discounted. They’ve also just increased prices for the hardware and, in some places, the monthly service fee (not here, but in the US and Canada).

I can see the new 1.5gen satellites come over regularly in the tracker now. It will be interesting to see what difference the laser links make when they’re operational.

That’s pretty cool Rainy… I’ve wondered about it and watched a lot of the launches of the satellites. Haven’t seen the ‘train’ passing through the sky yet. I saw discussions about using this on ships and airplanes to provide better Internet connectivity and permanent tracking.
I love living in the future!

Yeah, I’m not sure about airplanes, they might be moving a bit too fast to maintain connectivity with the also fast moving satellites.

Ships and boats make sense, but they need to get more laser-linked satellites up for that to work. Because the signal has to go from a customer terminal up to the sat, then back down to a ground station to hit the internet. No ground stations out at sea…

The current hardware is also not meant to be used while in motion, and in fact doing so will void your warranty. It’s also a good way to prematurely wear out the motors in the dish. That doesn’t stop some people, who might have more money than sense, to mount their dish on a boat and cruise down the river.

New upspeed record for me. Also seeing a lot more v1.5 satellites on the tracker these days, and more regularly getting upload speeds >20Mbit/s.

Well that was bizarre. Starlink just had a 20 minute global outage. Everywhere went down at the same time. Someone had a really bad patch day.

Maybe Elon tripped over a fibre connector in the router in his office.

Also it would be GREAT if cruise ships would start using it. The Internet connection that is available on them is absolutely dog slow, but on the up side it seems to think that you’re in Norway, so all your adverts can only be understood by @Voicy!