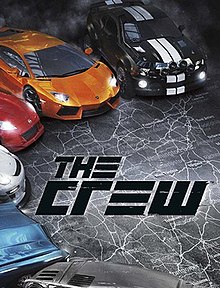 The Crew is an online-only racing video game developed by Ivory Tower and Ubisoft Reflections and published by Ubisoft for Microsoft Windows, PlayStation 4 and Xbox One, with an Xbox 360 port developed by Asobo Studio. It features a persistent open world environment for free-roaming across a scaled-down recreation of the United States and includes both role-playing and large-scale multiplayer elements. The Crew received a mixed reception upon release. Critics praised the game's world design but ...

I was watching some footage from the beta, it looks very good. 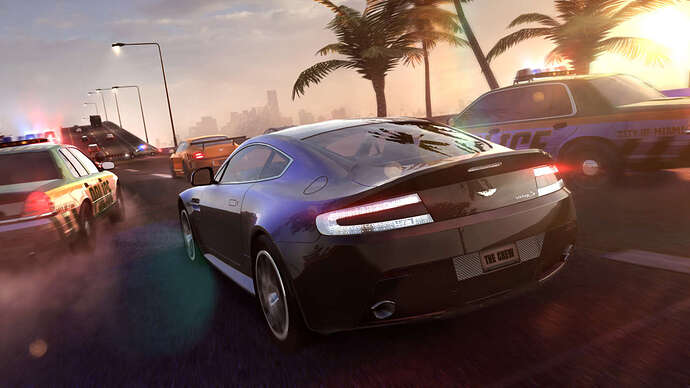 The Crew: Cruising Around the Closed Beta

Kevin speeds about Chicago, New York, and Detroit in search of the elements that could make The Crew a worthwhile driving adventure. 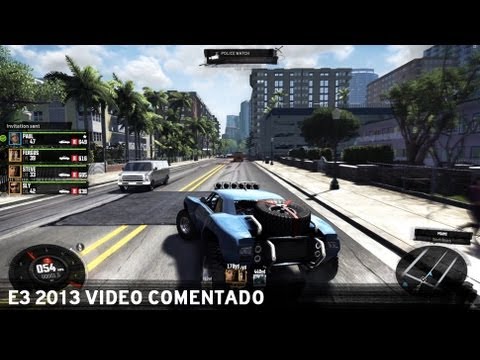 I agree , can be fun , like the way you can custom your cars

Well , strangly enough in watchdogs me and Xavier played it together without real lag ?
he is in the UK so it should be good fun to try

Wow that first video is stunning

yeah I didnt even try the demo/beta

Who knows how it’s going to run with our inet connections?

Played the beta a bit.

Ok, I must admit - I like it. It’s a bit dodgy with the MP stuff - added Flea to my crew - attempted to join on him a few times, but he was always long gone by the time the game got around to putting me in his location. There was only once or twice where I actually saw him for a bit.

I noticed there is a ‘mute’ function on the player, but there’s no in-game voice that I saw, and no apparent way to chat yet, although I could just have missed that.

It IS a closed beta for the moment, so the game is definitely incomplete.

This releases on 2 December.

So it’s released, and it too seems to have some launch issues, although not severe enough to prevent play. It’s just lonely. 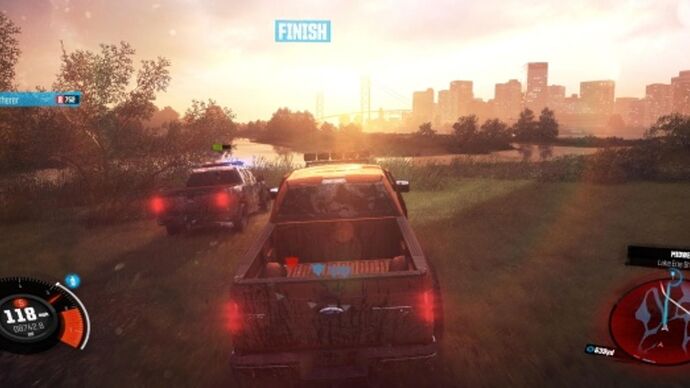 The Crew PC release: How is it so far?

Ubisoft's The Crew is now out, via Steam in the US and UPlay and something called "shops" in other parts of the world. …

I heard the lag is horrible for us, that’s why i havent purchased it.

So got the complete edition on special. It’s quite fun. Haven’t done anything yet that has required interaction with anybody. I see players around, but that’s about it.

When you first start the game, you will not be “online” per se until you’ve finished the prologue. Any “players” you see are just AI. Sort of named NPCs. Until you’ve finished the prologue, you will not be able to accept the bonus rewards the complete edition has granted you, so every frikkin’ time there’s an interstitial of some kind, you will have to click continue past the reward screen. Sometimes it happens a lot.

Also, if you start the game and set a waypoint in the map, a bit after you’ve started driving towards your point, a popup notification happens of “other events in the world” and it resets your waypoint to that particular event. I must say, THAT one pisses me off the most.

Also another annoyance is that with any screen interaction, it keeps showing the in-game mouse cursor, even if you’re using a controller. Very annoying, but I’ve taken to shoving it off the edge of the screen.

Had tonnes of fun with just TG and myself last night! Been awhile since I’ve had that much fun with my clothes on.

Fwiw, please add us onto your uplay friends list. You can import your friends list from Steam.

So far it’s Me, @teejo and @EyeBall who are playing.