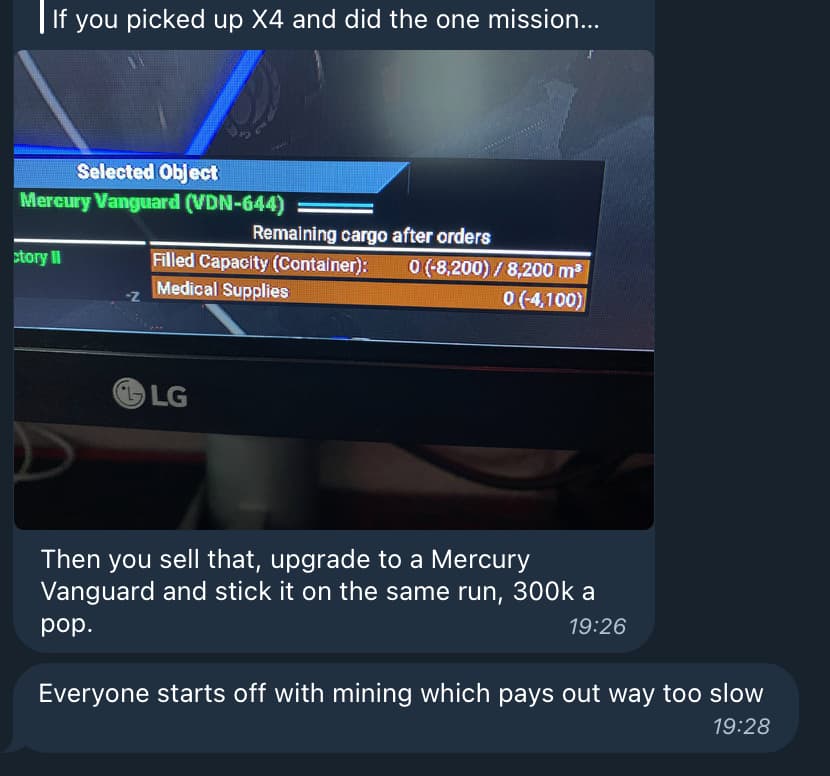 Just posting this here so I can find it easily. Thanks @InsanityFlea

The first time doing the tutorial, I got stuck in the space suit. I couldn’t figure out how to get back in to the ship, so I had to google it. Didn’t realize you had to ‘request docking permission’ to get back in to your own ship. The tutorial could have made that a bit more obvious than just having the objective as “Dock with your ship”. Doh.

Anyway, I think mouse/keyboard control is the preferred way, although there’s a few more shortcuts you have to remember, like shift+n for direct mouse control. I’ll start the game proper soon.

This game is punishing.

There’s no real “getting started” with this thing, it’s almost pure sandbox.
First time in the “real” game, I chose the young gun start. I hop in to the ship, mose around outside the station, find a scan signal which leads me to this “experiment” that leads me to an anomaly. I jump through that, follow the quest line, get about 200k credits along the way. The quest tells me I need 3 antimatter cells and to get them from this particular factory. It doesn’t make it obvious as to where this factory is, so I spend A LOT of time running around exploring the area before eventually discovering that the place it wants me to go to get the antimatter cells is in the next area. So I explore until I find a jump gate, and go through it, and make my way to the station and buy the cells. Then I head back the very long way to where I’m supposed to go… and the quest tells me… hey, this is going to result in your ship blowing up, so you should probably buy another one, and leads me to a wharf in a different area, which again takes a lot of time exploring to find the necessary jump gate to get there. Eventually I get there, only to discover that I don’t have enough cash to buy a new ship. FFS.

I start a new game, figure I’ll not pick that particular quest up.

Use the same start, I hop in to the ship and leave the station. Check the quest offers… there’s one at medium level to destroy some laser towers. I accept the mission, but there’s no indication as to where to go. So I start exploring the sector until I eventually uncover a jump gate. The quest points me at the jump gate. I go through, still no indication of where, so same again. I start exploring until I find another jump gate that indicates I need to pass through it, so I do so. Suddenly I get a bunch of quest targets. I head towards the area, suddenly all the quest targets start disappearing. Quest failed. I hadn’t even gotten to it. FFS.

During my earlier exploration, I discovered a station that had some yellow people icons. I figure those are potential quest givers, so I head over to it. If I check the station on the map, it shows two names. I get in to the station, I can only find one of the named people, he gives me a “very easy” quest to go scan a station… somewhere. Wandering around the station looking for the other named quest giver, I find a rando who has a quest to deliver 10 interfaces. I go to the trader, he only has 3 interfaces. I buy them. I notice there’s another trade area, so I go there, and that NPC has 18 interfaces, so I buy the other 7 and I’m good to go. I hop in to my ship and leave the station, only to realise that I have to deliver the interfaces to the quest giver. I dock, find the bloke, hand over the interfaces, I get a 45k reward. Cool. First funds.

I then undock to go in search of this “very easy” station that I just have to scan 29%. It’s indicating one of the earlier jump gates I had previously scanned, so I hop through it in to an unknown sector. I start scanning, and exploring. I find the station and start heading towards it. Next thing I’m getting fired at. I turn around to start taking care of the enemy and as I finally see the enemy, my ship gets destroyed.

Anyway, that was enough for the time being. I rage quit and I’ll try again later.

Sounds like something I desperately don’t want to play…

So like each game is randomly generated, my tip wont work.
But you can do the following, if a region has two or more medical or food ration factories, setup an auto trade, good stable money.

Explore first before you try any missions, you need to know your game world.
I had a massive trading empire before I did a single mission. Only started missions when I had a Destroyer class ship!

I’m not sure what I’m doing wrong.

I started yet another new game, this time tried the untested explorer start. I did what you suggested, and started exploring my start zone. I was busy discovering stations, then had one of those blue markers kept showing up on scan, so I was heading towards it when I got attacked by two enemies that destroyed me.

Damnit, if I wanted to get owned every 5 minutes, I would play one of the soulsborn games.

Never shift out of cruise, it is brutal at the start I’ll admit. When exploring don’t wander close to the edges of the sector, always guaranteed to be enemies. F5 is your savior!

Look at this crap I’m dealing with … Destroying the main station. I’m trying to get a destroyer fleet together. Building a defense platform right by the main station, ballsy.
That’s my Cerberus Vanguard that I run around in on the left.

So you start in argon prime, which is fairly safe.
Fly around the asteroids, look for blinking lights, shoot the crystals and gather them. (from the flight training) Do this for about 30 mins or so, till you get around 300k. (seen from your inventory screen), visit the wharf trader and sell the crystals. Then invest in a miner (or two) from the Argon wharf (Wharf is for small to medium craft, shipyard is for large and extra large ships). Set the miner to auto-mine silicon. Gather some credits together, get yourself a better ship, the starter ship is made out of paper. It’s the best start you can do. Below is all my game starting miners. (in green) The yellow people marker is for faction representatives. To get missions, you just need to be on the station then check your missions tab from the ‘map’ menu.

Hopefully I can start building my own station soon, just those blueprints are crazy expensive. 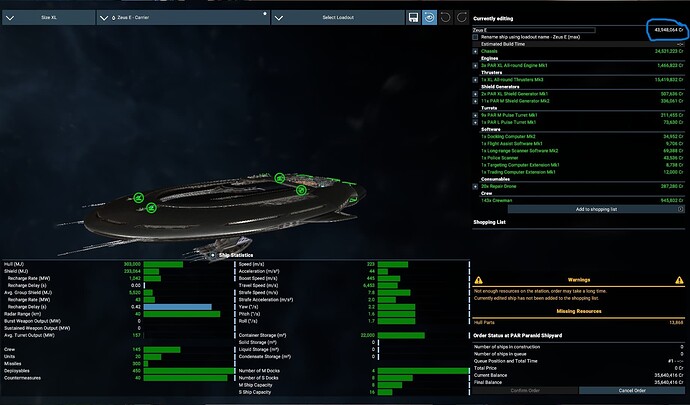 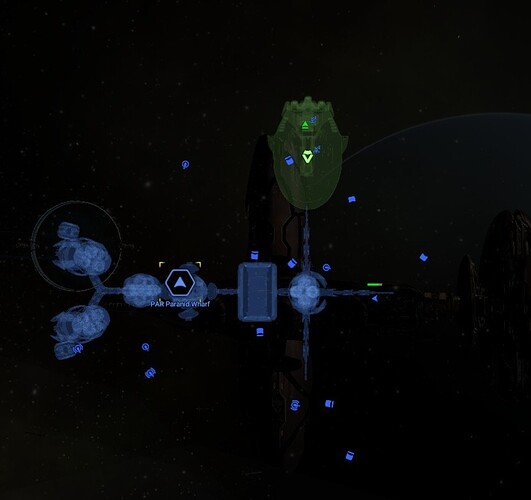